I left NYC years ago to raise my daughter in the suburbs.  I thought a backyard and some more space would be better than the chaotic rush- rush of the city.  My adult daughter has settled in the city, chose to live in a 2 bedroom coop with two kids – a boy and a girl, and is sending my grandson to one of the most crowded public school in NYC.  There are over 1,100 students in the elementary school.  She has managed to find a community of friends, near a playground and park, and is staying put.  And all these years, I held out in the suburbs hoping she would settle near us but secretly longing to be back in the city myself.  I want to be able to walk to a Starbucks, hop a train, and go to Broadway.   And yet, here I am, stuck in the burbs because I cannot afford the city.  My daughter is stuck in the city because she cannot afford a decent home in the suburbs.  Can anyone explain this? 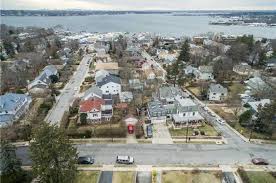